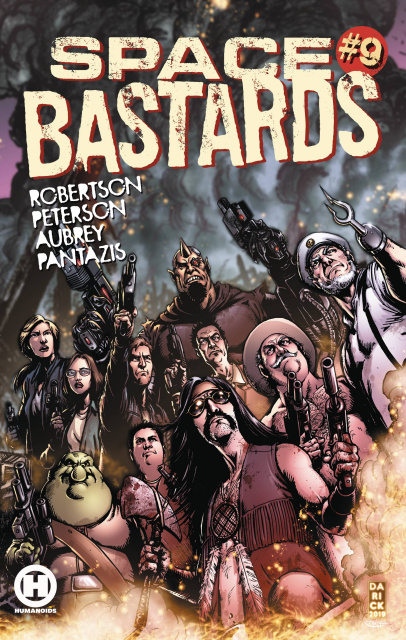 In the Season 1 finale, no one has time to $%&@ around! The gang's all here as Davey, Roy, Layla, and the rest of the Bastards join forces to stop Wayne Powers from destroying the Intergalactic Postal Service for good. But between Powers' muscle-for-hire and the shocking return of the unbeatable Manicorn, teleportation tech will be the least of anyone's worries. Strap in for the oversized finale featuring all-out action drawn by The Boys' Darick Robertson!