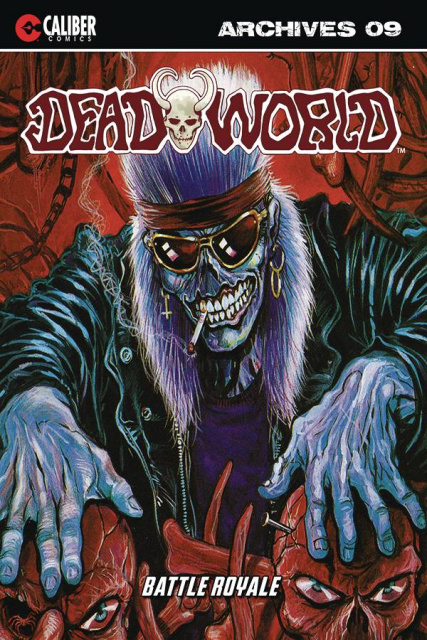 Collecting all the original Deadworld stories into a set of 10 Archive volumes, Book 9 features Volume Two of the series, issues #11-15, which presents King Zombie as he faces multiple threats such as the Voodoo Queen and the lepers. Katherine, the woman who provided the Dead-Killer with a rare glimpse of humanity, is captured by Bowker, one of King Zombie's human lieutenants, and now Dead-Killer has to enter a zombie plagued town to rescue her. Collected and reprinted for first time in 25 years.