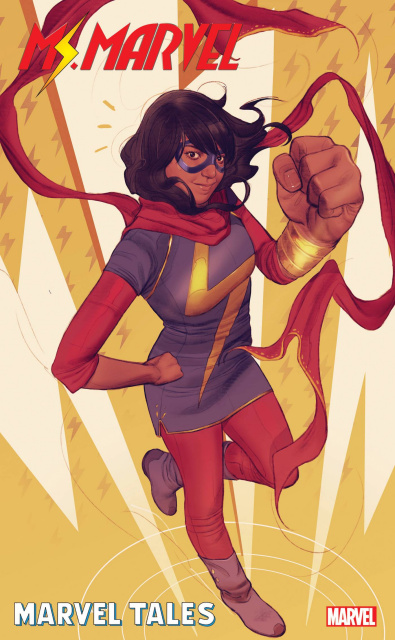 Relive the first appearances of your new favorite super hero as we celebrate the legacy of the House of Ideas with MARVEL TALES! This anthology series shines a spotlight on fan-favorite characters, features timeless stories, and highlights some of Marvel's most impressive talent from the past eight decades! And now Kamala Khan claims the spotlight, beginning with a scene-stealing cameo in her idol Carol Danvers' book, CAPTAIN MARVEL (2012) #17! Then, G. Willow Wilson and Adrian Alphona put the Pakistani-American teen sensation center stage as the new Ms. Marvel in a landmark story from ALL-NEW MARVEL NOW! POINT ONE. But how did Kamala get her amazing, shape-shifting, size-changing powers?

Find out in Wilson and Alphona's now legendary MS. MARVEL (2014) #1-2 - as Ms. Marvel learns that the life of an embiggened Inhuman hero comes with big problems!