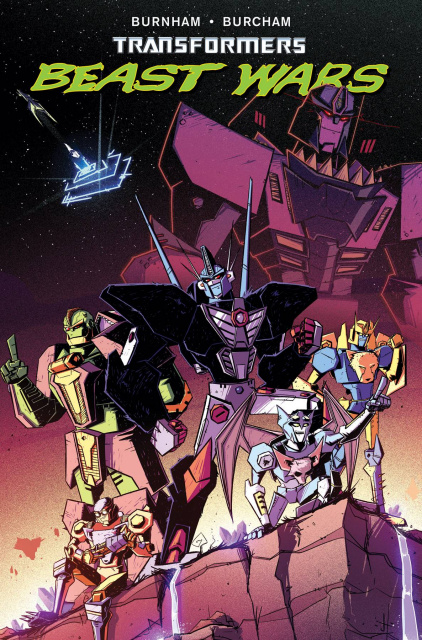 Celebrate 25 years of Beast Wars! The Maximals and the Predacons are back in this all-new series.

"In the beginning came the beasts, and all that creeps, crawls and flies-but nature lies, they're robots in disguise!" With this one line a whole new generation of Transformers toys and fans were created. Now, 25 years later, an all-new series brings your favorite characters back!

In the future, the planet Cybertron belongs to the scientific-minded Maximals and the action-oriented Predacons! When a crew of Predacons, led by the successor to the Megatron name, steal a golden disk and a ship capable of traveling through time, it's up to Optimus Primal and his Maximal crew-Rattrap, Rhinox, Cheetor, and new character Nyx-to catch them!