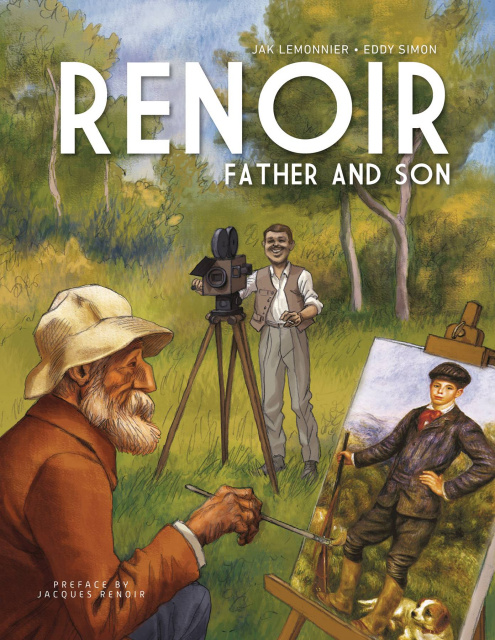 Art is a family matter for the Renoirs. The path is carved by Pierre-Auguste, the painter who along with Monet, Cézanne, Degas was at the origin of the impressionist movement and continues with Jean, the poetic avant-garde filmmaker. Indisputably one of the masters of French painting of the 19th century, Pierre-Auguste fathered one of the greatest cineastes of the twentieth century in Jean Renoir. From the father's paintings to the son's films, the artist affiliation reveals a similar pursuit, and a single source of inspiration: an ode to freedom finding its origins in a profound humanity and love of reality. But behind their art, there is also the story of the filiation between an old man who is slowly losing his strength and a young man seeking to make his own mark.