Meet Professor Katelyn, Leon, and Mo - also known as The Renegades. Professor Katelyn is a whip-smart, sassy scientist who uses her "Oracle Specs" to see into the future. Wrestling with his anger at the naysayers who don't seem to care about the environment, Leon has the ability to become invisible, the perfect spy! And then there's Mo who, in the wake of his brother's death in a cyclone, finds his courage and builds a Solar Supershield that can generate an electrical force strong enough to fight the deadliest of foes. Our superheroes grapple with multiple environmental threats, most deadly of all a monster that lurks beneath the melting Arctic permafrost. If it escapes, this creature of chaos will release huge leakage of methane gas into the atmosphere, changing the balance of our planet's climate forever. 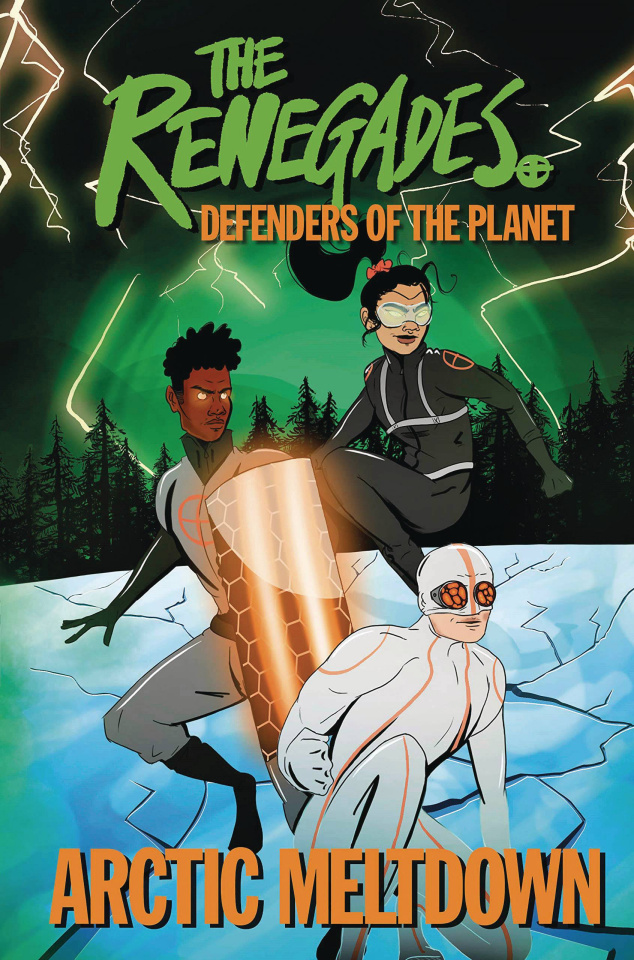