Fighting intensifies at E-05, and army renegades issue an ultimatum: if the militia does not surrender before sunset, the city will be set on fire with more blood spilt. Hadi intends to return to the West portal to ask for outside help, but the provost of the merchants wants his head! As for Kidow, to save Ilie, he is ready to take any risk. And so he heads, alone, to the heart of the enemy base, in the middle of the cages of E-07... Cagaster is a thrilling shonen adventure into a strange apocalyptic universe, somewhere between Mad Max and Attack on Titan. It has been adapted into an Anime series called Cagaster of an Insect Cage by Gonzo Animation, streaming now on Netflix! 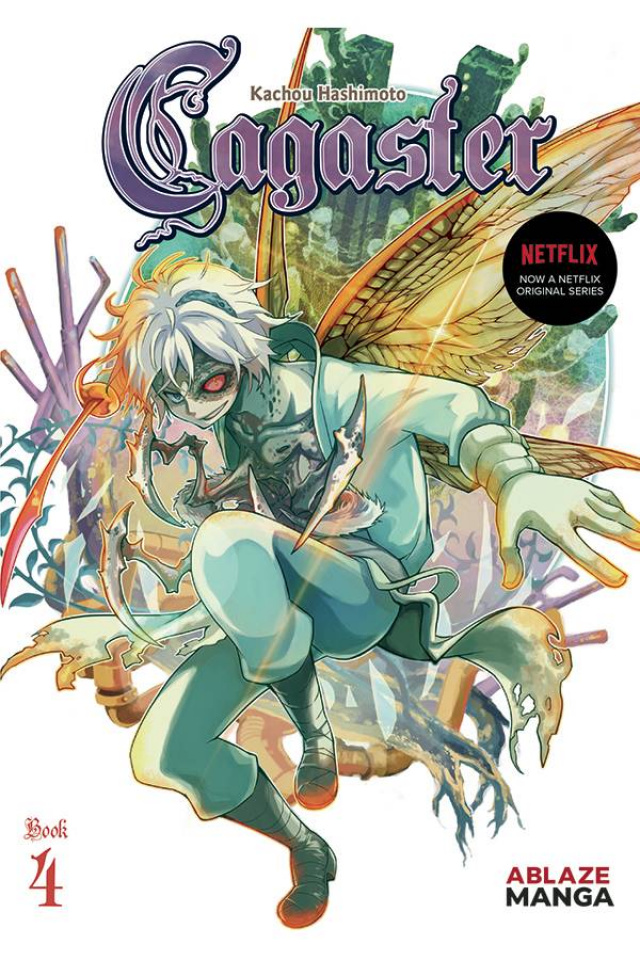