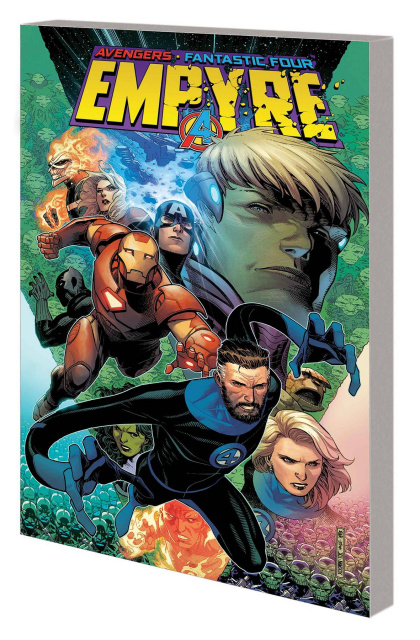 An intergalactic event that will reshape the Marvel Universe! Old allies make a distress call to the Avengers with news of a terrible enemy that could wipe out humanity. Meanwhile, in the most unlikely of places, the Fantastic Four witness the final conflict of the Kree/Skrull War - and a long-hidden Elder of the Universe stands revealed! With the Kree and Skrulls united under a new emperor, their war fleet charts a course - for Earth! The Avengers are ready to fight, while the FF seek a diplomatic solution. But if they can't work together, the world may not survive. Either way, both teams will be tested as never before! The new Marvel Space Age begins here!