CHARLTON - OUTER SPACE VOL 2: ISSUE 22 - 25 May 1959 to December 1959 BONUS ISSUE : SPACE WAR Issue 1 October 1959 Special Notes:As you'll remember (cos I told you in the first volume) this series is a bona fide brute-overlooked and unloved-and not to be missed a jot. But, hey, don't listen to me, just take a look at the cover of the first issue in this sumptuous volume and then try convince both me and your own good self that you won't bother with this one. But that would be a mistake... particularly with writers and artists including Charles Nicholas, Vince Alascia, Bill Fraccio, Ernie Hart, Bill Molno, Matt Baker, Maurice Whitman, Rocco Mastroserio and John D'Agostino. There's gold in them there interstellar asteroid hills, spacemen-I mean, come on... take a look at that cover ('The Man Who Stole The Moon' for cryin' out loud) further evidence that there are lots of comics that we're all of us letting slip by. We're doing all we can to rectify the situation here at PS:the more interest you show in all the titles we put out then, well, it's kind of obvious: the more titles we'll keep putting out. 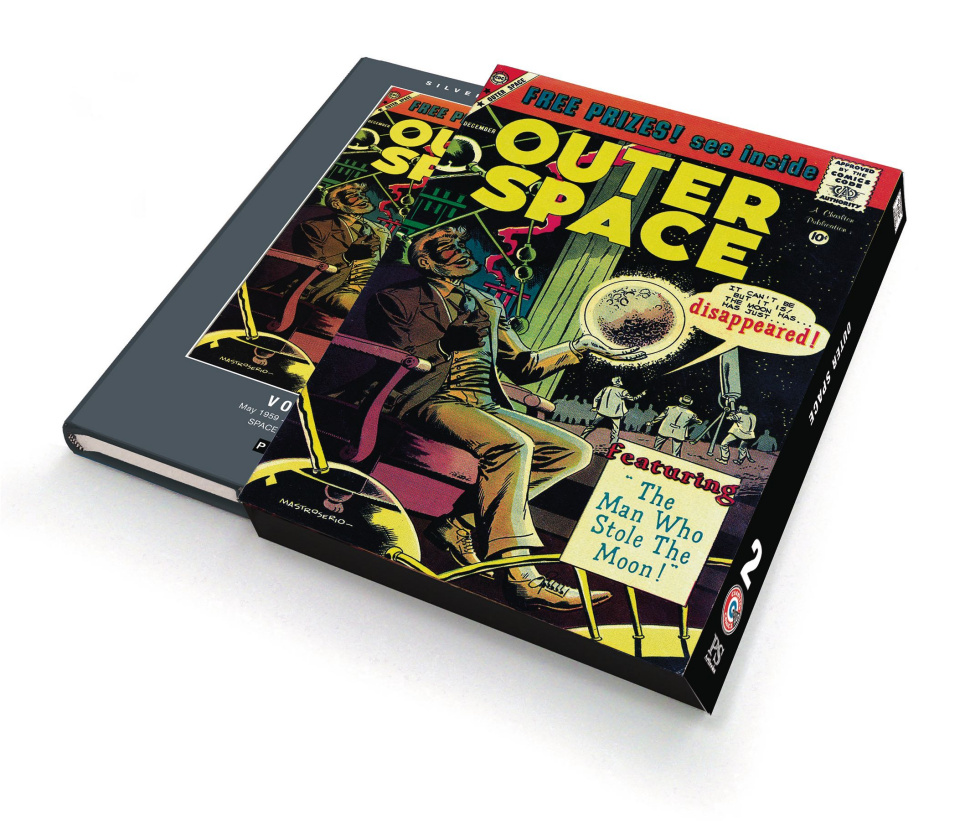