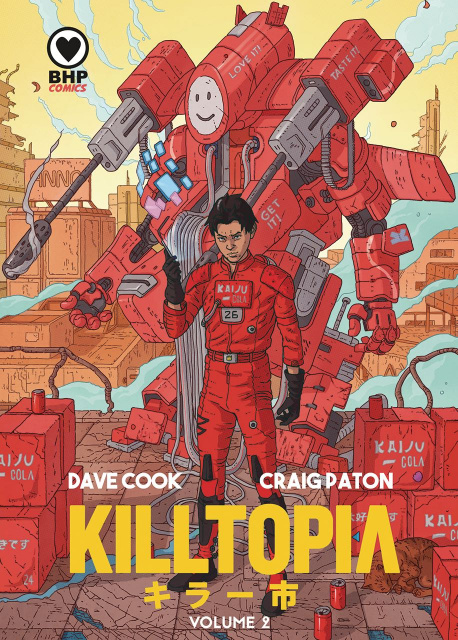 Japan's about to get wrecked! The bounty on Crash's head has gone public, and Killtopia's deadliest Mech hunters are ready to collect. There's just one problem: the world's greatest Wrecker, Stiletto, has gotten to Crash first. Their explosive showdown sends Stiletto's peak celebrity status into a flaming tailspin that threatens to change Japan forever. Meanwhile: Rookie Wrecker Shinji and his sister Omi have been blackmailed by crazy Yakuza crime lord Saitoh. He's given them 24 hours to find Crash and deliver him to his gang, or he'll kill them both.