The Goon: Bunch of Old Crap Vol. 2: An Omnibus

From mad scientists to inter-dimensional flesh eating chickens to a heart breaking betrayal, Lonely Street comes under all manner of threats both tragic and hilarious in this second omnibus volume of The Goon. A mysterious new figure has entered the crime scene and is taking out the Goon's business operations one by one. As Goon struggles to keep the city's organized crime under his control, his mind is haunted by the memories of his darkest moments. This edition, packed full of bonus material, collects volumes 4-6 of Eric Powell's Eisner Award-winning series. Including what is considered by many to be the high water mark of the series, The Goon: Chinatown and the Mystery of Mr. Wicker. 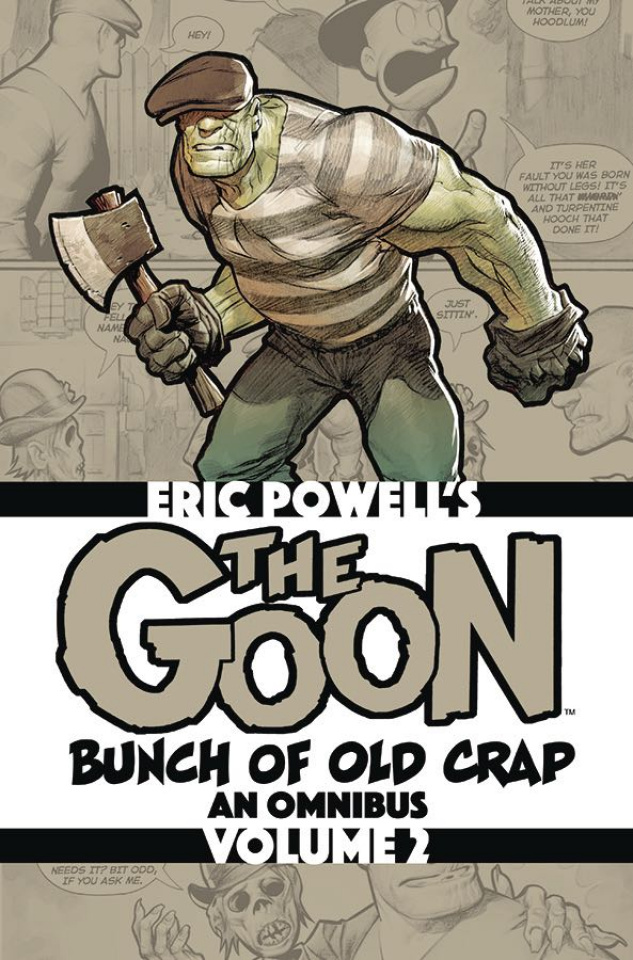