"Shop of Nightmares," a 16-page story written by Dan Jurgens with art by Scot Eaton Jim Corrigan investigates what appears to be a run-of-the-mill murder, but when he discovers the supernatural is at play, it becomes a job for the Spectre!

"Child of the Night," an eight-page story written by Keith Giffen with art by Priscilla Petraites A young girl on the run finds more than she bargained for when she takes cover in a house occupied by none other than Gentleman Ghost!

"The Ghost Inside," an eight-page story written by John Layman with art by Andy Clarke John Constantine discovers that nothing is ever what it seems, even inside a haunted house... Plus, these reprint tales:

"A Night to Remember," from DCU Halloween Special #1 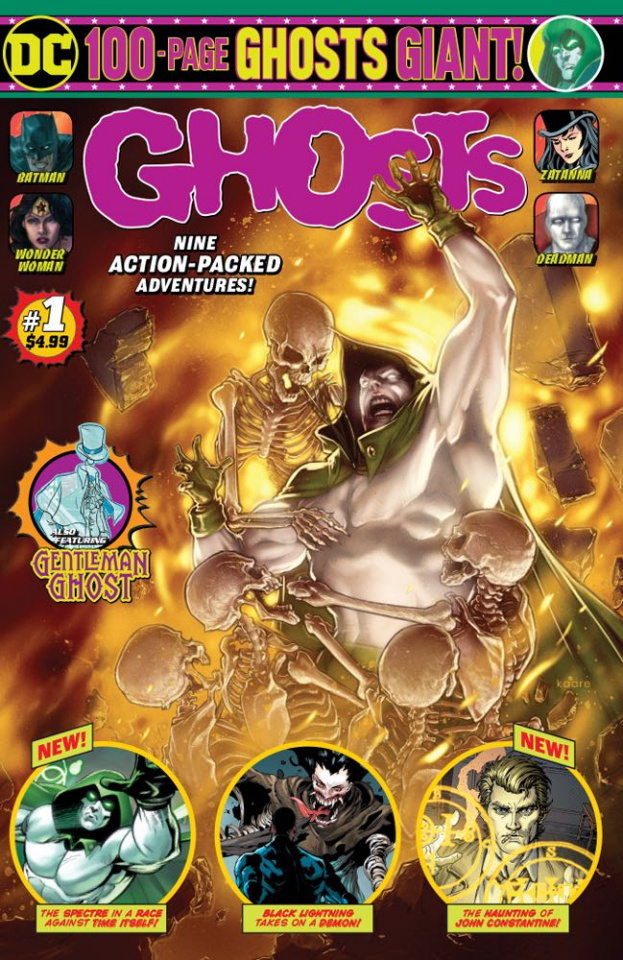