SECOND PRINTING of the sold-out second issue! This second print features a different-colored logo and is timed to coincide with the release of issue #3.

The saga of two world-swapped heroes continues as, on gritty Earth-Omega, the cheerful Dragonflyman faces off against corrupt, violent police. Meanwhile, the naïve authorities of colorful Earth-Alpha enrage the grim Dragonfly. EXTRA FEATURE! Dragonflyman and Stinger confront the dastardly menace called NIMBY! Plus a text story by Kek-W, illustrated by Carol Lay!

"The first issue was fantastic, the second is just as amazing... This is seriously some of your best value for your money when it comes to comics and this publisher is at another level." -Graphic Policy 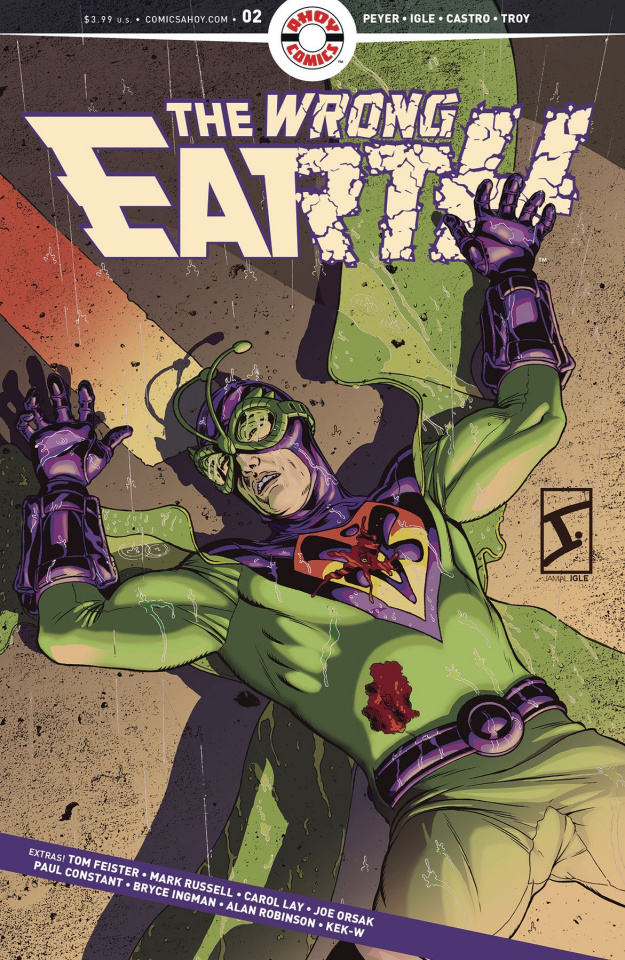