After rave-reviews and widespread sell-outs, Friendo #1 returns for a second printing.

SYNOPSIS: Leo wasn't allowed toys as a kid, but now that he's all grown up he's going to take yours. He used to play by the rules, but then governments and corporations set fire to the rules and still expected him to behave. He probably would have if it hadn't been for his new friend Jerry. See, Jerry isn't human; he's a personalised marketing VR... and he's malfunctioning. Unhinged ultraviolence from Alex Paknadel (ARCADIA) and Martin Simmonds (PUNKS NOT DEAD). 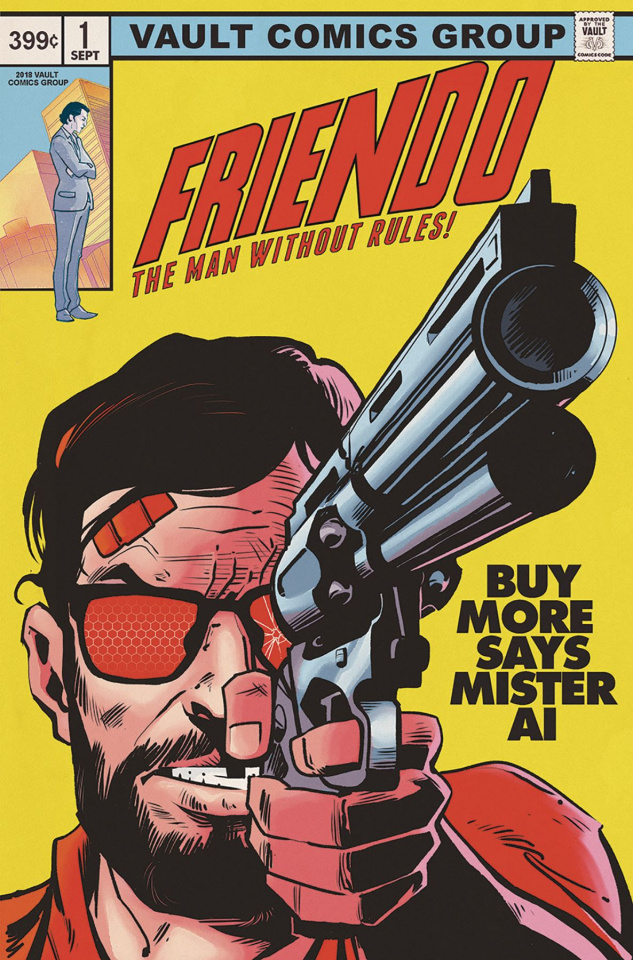