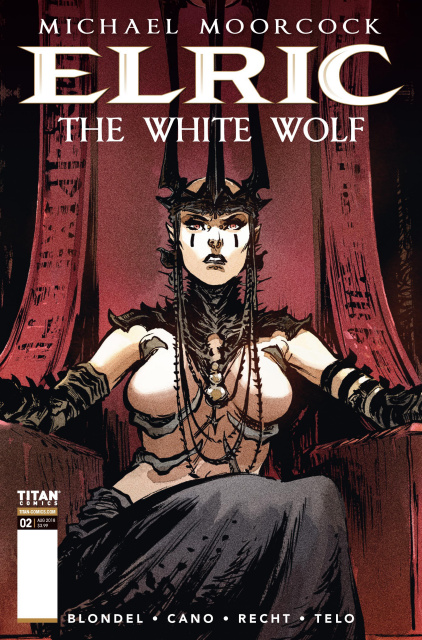 The gorgeous comic adaptation of Michael Moorcock's world-renowned cult fantasy saga, acclaimed by the public, critics, and Moorcock himself!

Elric's quest through the Young Kingdoms comes to its end!

It has been a year since the Albino Emperor abandoned his throne and his love, wandering beneath the distant gaze of his wicked god, Arioch. A year since he began trading his skills as wizard and warrior to the highest bidder, an albino killer with a terrible black sword. At last, he must show the world why the Young Kingdoms call him the White Wolf!