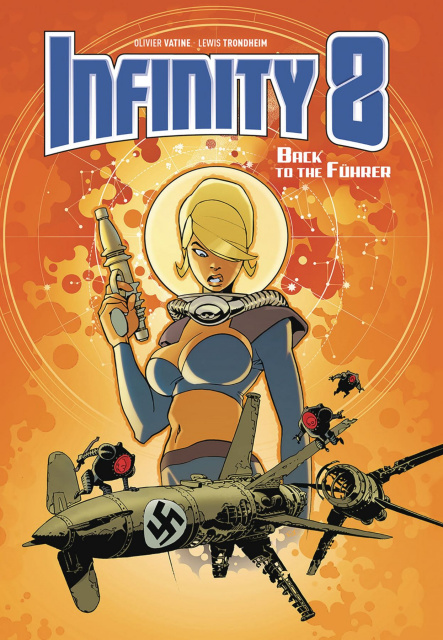 Infinity 8 Vol. 2: Back to the Führer

Another venture into the mysterious field of space debris uncovers the head of Adolf Hitler! Returning it to the ship for study turns disastrous as their future science restores life and awareness to the head, giving rise to the threat of a brand new Reich made up of robots and fanatics who've lost all understanding of the genocidal agenda the former dictator originally unleashed! Only the impulsive Stella Moonkicker and Bobbie, her boring probation robot, can stop them... but they'll only have eight hours to do it!