Santa Monica, 2034. In a city that was once the jewel of the West Coast, a new world has emerged: one rising up from the ashes of giant robots and giant monsters. In this futuristic aftermath, we will meet a new generation of survivors, including Griffin, a Jaeger pilot who has gone from defending the world to piloting an illegal Jaeger enforcer for the Mech Czar, a techno-criminal overlord who rules the underworld with a steel fist. Set against this gritty backdrop of street gangs, Kaiju worshippers and Jaeger scrapyards, fan favorite Hannibal Chau shockingly returns with a dangerous new agenda. Meanwhile, Jake Pentecost, son of Stacker Pentecost, arrives in the aftermath searching for answers behind the death of his legendary father. 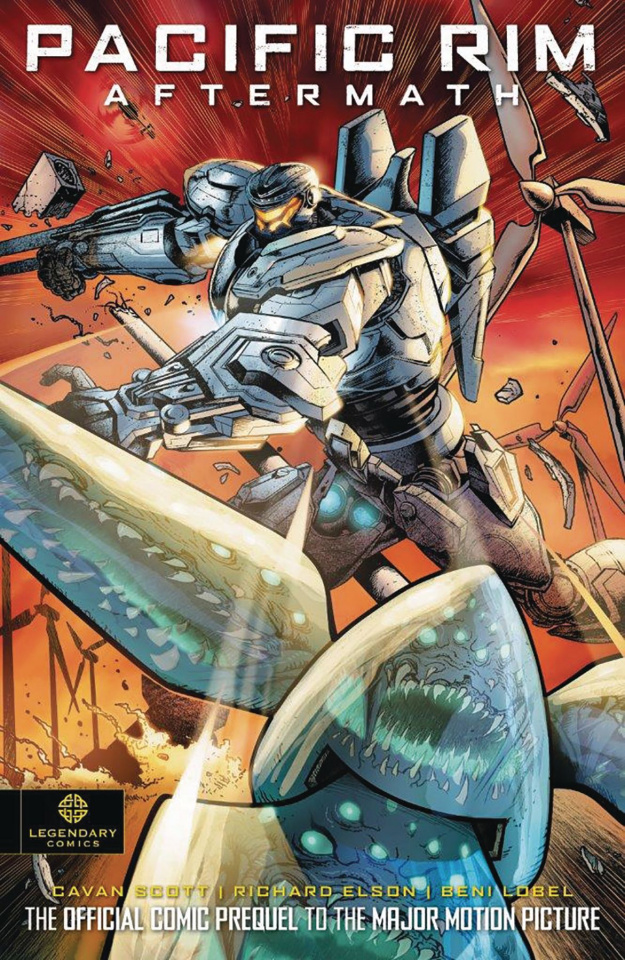