It's 1985 in New York City. In this 1985, however, the city's brand new guardian angels wear spandex and capes, wielding their gadgets and their superpowers to clean up the City, even if their methods hurt more people than they help. There's a deluded "graffiti king" Mr. Marx patrolling the tunnels, the dark moral crusader The Puritan who stalks the shadows of the Lower East Side; and above it all, the godlike Helios, darling of the Upper East Side and the NYPD. Only some of New York's residents benefit from these vigilantes' protection. The rest whisper the name of another hero: DMC. You see, in this 1985, Darryl McDaniels (Run DMC) never rocks the mic to become one of hip-hop's most enduring icons. Instead, he dons his tracksuit and Adidas sneakers to defend the city's marginalized citizens against super villain and super hero alike, leaving no traces besides the imprint of his knuckle rings on his opponents' faces. With the help of reporter Charlie Cooper and a band of graffiti artists lead by the spunky Lak6, DMC must confront the new "heroes," and investigate whether there's anything behind their sudden appearance. 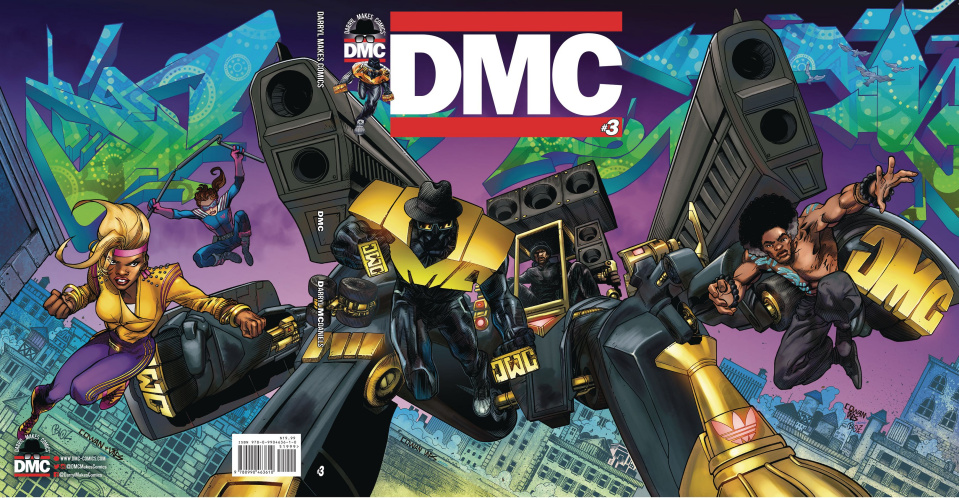