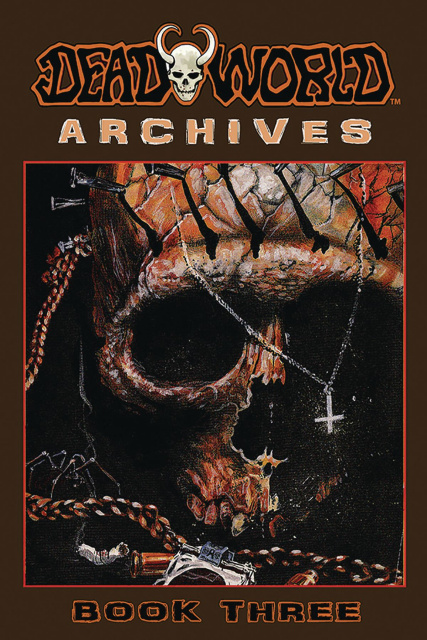 Before there was The Walking Dead there was Deadworld. One of the longest running independent comics in the market today. Here are all the original Deadworld series collected into a nine volume series of Deadworld Archives! In Book Three, containing issues #9-14 of the first volume, the remaining teens find themselves trapped in the city with both zombies and humans who want to kill them. King Zombie leads an attack on the city and the teens see their opportunity for escape. But not all of them will make it.