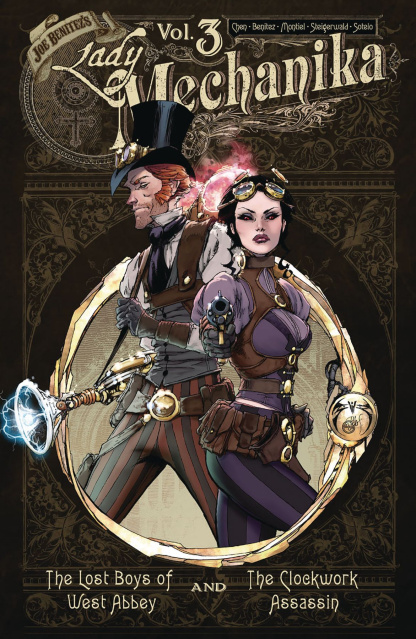 Collects the third and fourth Lady Mechanika mini-series, The Lost Boys of West Abbey and The Clockwork Assassin, in a special oversized format! In Lost Boys, Lady Mechanika investigates the murders of "undesirable" children in Mechanika City, unexpectedly triggering a disturbing reaction from her subconscious self. But are they truly lost memories finally surfacing after so many years, or just simple nightmares? And in Clockwork Assassin, a series of brutal murders compels Lady Mechanika's associate Mr. Lewis to confront the ghosts of his past. But the mechanical huntress herself becomes involved when an eyewitness places her at the scene of the crime, forcing even her former ally Detective Inspector Singh to consider: is Lady Mechanika a crime fighting hero...or a cold blooded killer?