From writer David Wohl, the co-creator of Executive Assistant: Iris, Legend of the Shadow Clan and Witchblade, Giuseppe Cafaro, the artist of Fathom: Kiani, and colorist Wes Hartman, comes a new tale spanning centuries, hidden deep within the heart of the ancient civilizations of Africa. While in Spanish Harlem, Emergency Medical Techs Michael and Naomi are working the violent and unpredictable streets daily. However, nothing can prepare the duo as a routine police shooting reveals something far more powerful-and dangerous-for Naomi's future!

One of Aspen's most thrilling new series, the Santeria: The Goddess Kiss vol 1 TPB collects together the entire first volume along with a comprehensive cover! 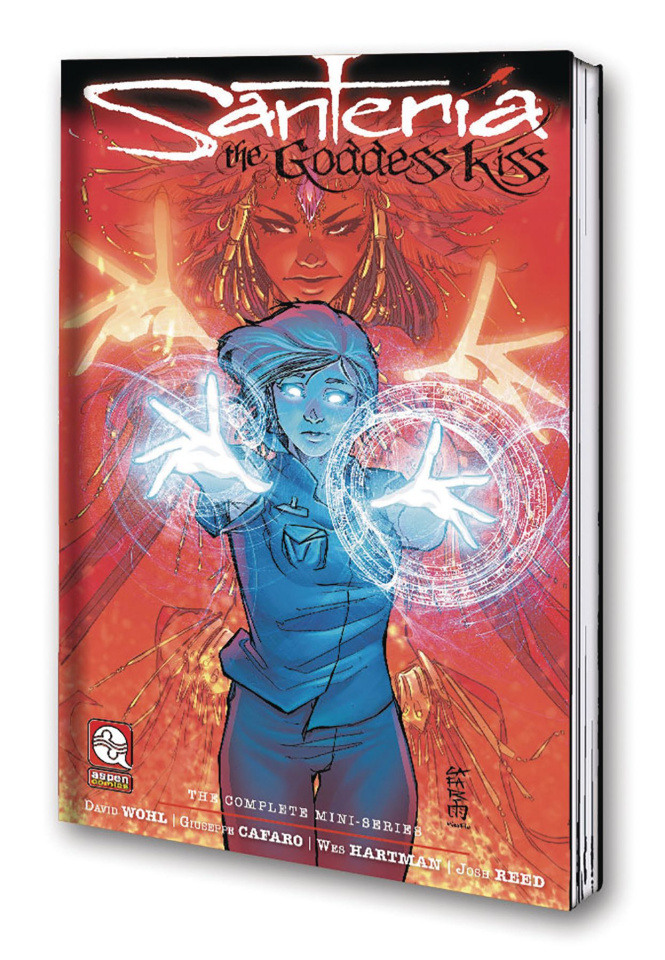