Howard Lovecraft and the Undersea Kingdom

Howard Lovecraft's family has been imprisoned on a far-flung alien planet, Spot hopelessly captured, and he is slowly becoming a mindless Fishman. Accompanied by his insane father, a pistol-packing constable and his hungry cat, they must face the all-powerful ruler of the Outer Gods, a revengeful old enemy, an army of deadly monsters, and a lethal world called Yuggoth, to save the day. This is the second book in the trilogy and an animated film starring Christopher Plummer, Doug Bradley, and Mark Hamill! 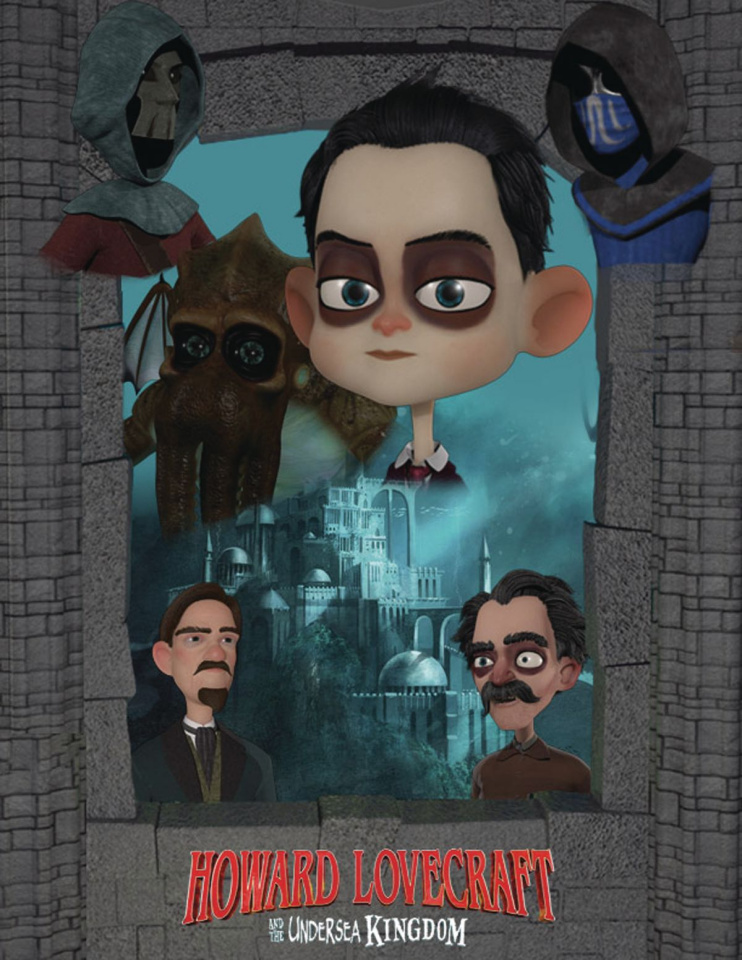