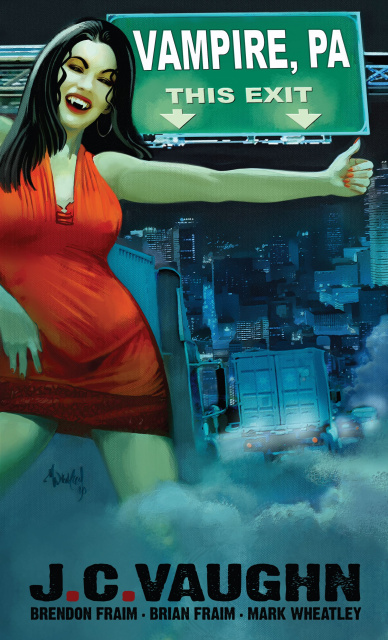 The original 2007 mini-series that put vampires on the Pennsylvania map is finally collected in trade paperback! Dean Marklin never believed in vampires until he was attacked by one. Now he's more than a believer. He's kept his day job as a HVAC repairman so he can afford to hunt vampires by night in the normally sleepy Pittsburgh suburb of Dormont (where there is a surprisingly large undead population). Written by Zombie-Proof creator J.C. Vaughn, illustrated by Brendon & Brian Fraim (The Three Stooges), and colored by Mark Wheatley (Breathtaker), this volume includes bonus pages not included in the individual issues and the original short story that inspired the series.