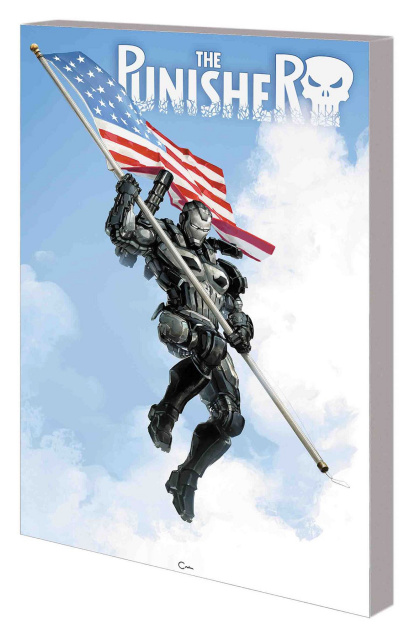 Back in the U.S. of A.! Frank Castle brings the War Machine armor home to renew his one-man war on crime. Now nothing can stand in his way! Well, unless Captain Marvel and the other heroes have something to say about it! For with bigger guns, Frank has a taste for bigger game. After being used by the evil Steve Rogers during Secret Empire, Frank's targeting what's left of the Hydra Nation. First on Frank's hit list: Baron Zemo! Unfortunately, Zemo knows a thing or two about recruiting masterfully evil associates, and the Punisher is in for one of the fights of his life - but he has a surprising ally in his corner! Frank's actions in the War Machine armor affect some people pretty personally - especially Tony Stark! Suit up for the ultimate armored showdown!