Tied directly to events from the second half of the hit CBS All Access series' first season, featuring all your favorite characters... or, at least, versions of them.

Ten years before Kirk and Spock set off on their original five-year mission, the crew of the U.S.S. Discovery visited the infamous Mirror Universe and didn't like what they found. Now journey deeper into the alternate reality, and uncover more about the Mirror versions of Michael, Saru, Ash, Paul, and Sylvia as they learn that "Succession" can be a truly dangerous concept. Collects the four-issue series and the 2018 Annual.

Season 2 of Discovery is schedule for Fall 2019! 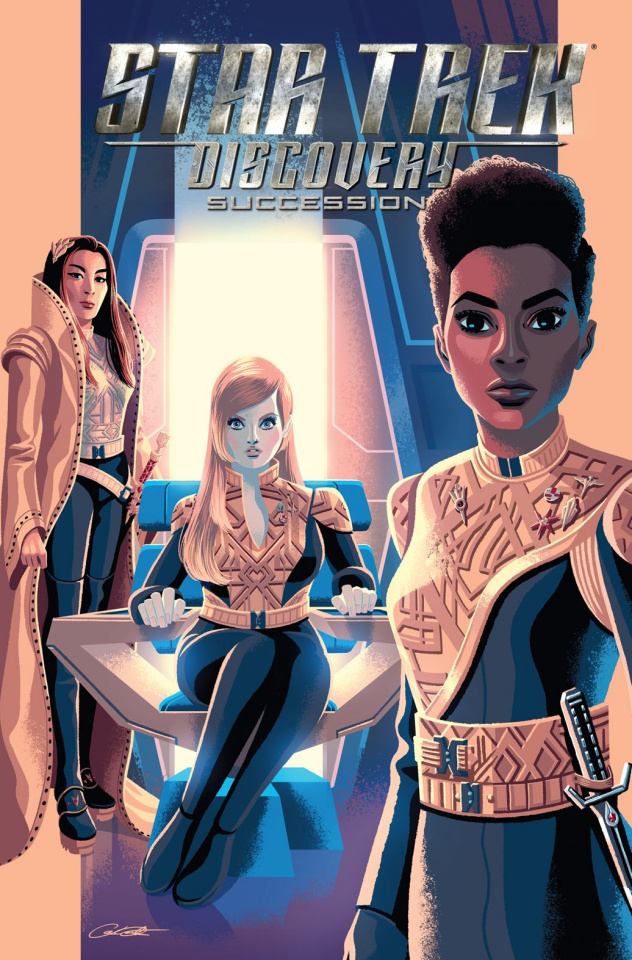