Join the excitement as depraved genius Rick Sanchez embarks on insane adventures with his awkward grandson Morty across the universe and across time. Caught in the crossfire are his teenage granddaughter Summer, his veterinary surgeon daughter Beth, and his hapless son-in-law Jerry. This collection features the first ten issues of the comic book series, including ""The Wubba Lubba Dub Dub of Wall Street," "Mort-Balls!," "Ball Fondlers Special," and more, along with hilarious mini-comics showcasing the whole family.

This special hardcover edition also includes an exclusive sound clip of Rick and Morty and all the cover art from the first ten issues of the comic book series! 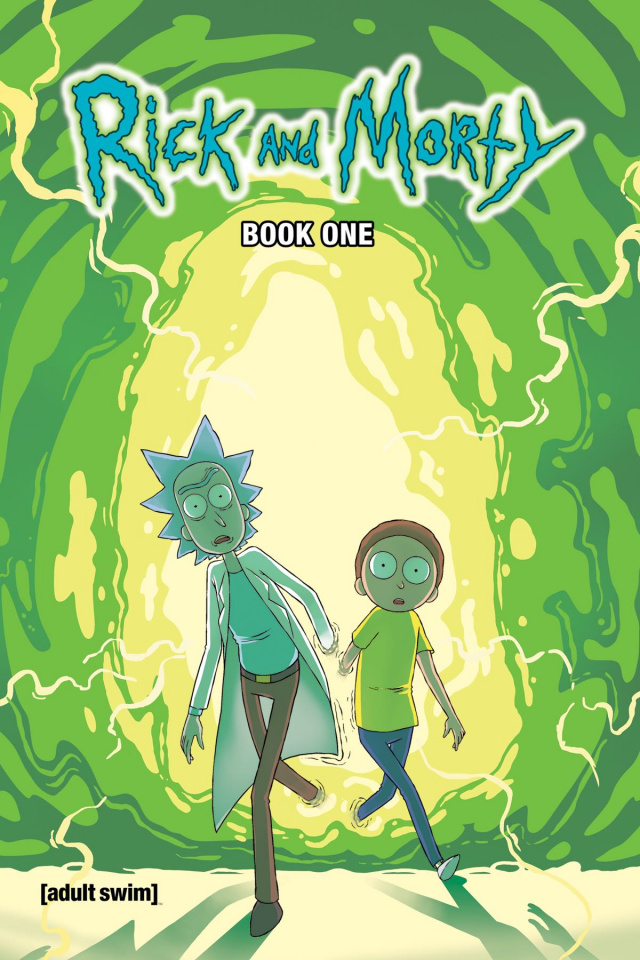