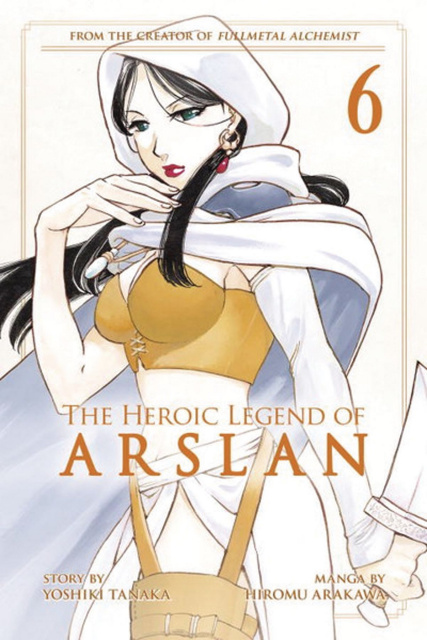 The Heroic Legend of Arslan Vol. 7

The fantasy epic from the creator of Fullmetal Alchemist! Backed by only a few companions, including the philosopher/swordsman/tactician Narsus and his young servant, Elam; Pharangese, an aloof, cold priestess; and Gieve, a travelling musician and con-man, Arslan must stand against overwhelming odds to assemble an army strong enough to liberate his nation from the Lusitanian army which is led by the elusive warrior known as "Silvermask."