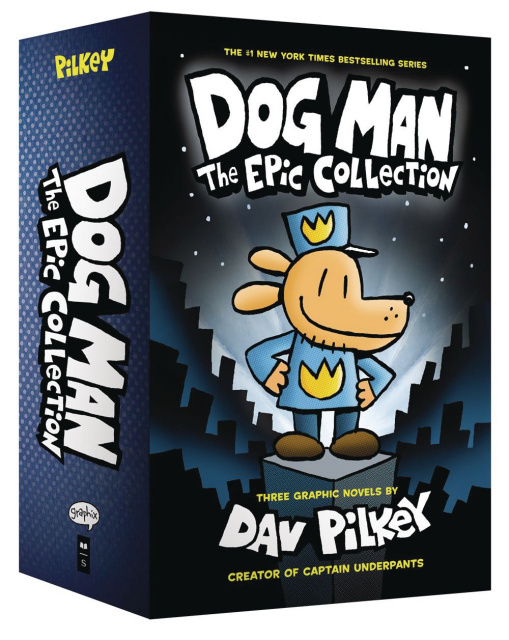 The whole pack is together for the very first time! Fans and newcomers alike will dig the Dog Man boxed collection, which includes all three canine capers! New from the creator of Captain Underpants, it's Dog Man, the #1 New York Times-bestselling, crime-biting canine who is part dog, part man, and all hero! And he's ready to take on Petey the Cat, the felonious feline who's always hacking up harebrained schemes.In the first caper, Chief is in trouble and it's up to Dog Man to save the day! Not only does he battle Petey the Cat, but he also takes on an entire army of hot dogs. Next, Dog Man faces three conniving crooks - including a mysterious stranger - and seeks to unleash justice. And in the third adventure, Dog Man is up against two Peteys: one is the world's most evil cat, and the other is... his clone!