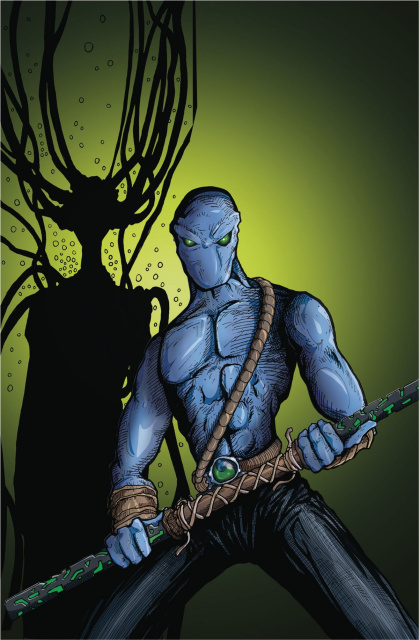 Not many indy comics ever make it to 20 issues. Zen Intergalactic Ninja is one of those rare indy titles with more than 100 comic books to date. In publishing years, Zen is 30, as the first issue appeared in November, 1987. But Zen has been searching for his Home Planet for what seems forever. Master Satva had only provided hints to his origin until now. Zen, a genetic experiment deemed a failure, had been rescued by the scientist Teslah and launched into space with the words, "May the Great Creator protect you!"