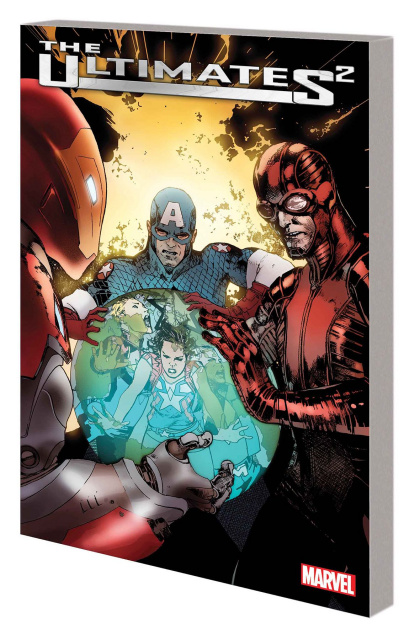 The Ultimates 2 Vol. 2: The Eternity War

SECRET EMPIRE wreaks havoc on the Ultimates! As Steve Rogers makes his move, the team finds itself on the wrong side of his plans. With an existential threat in control of Earth, Galactus might be the planet's last hope - but the Lifebringer has problems of his own! He's facing the ultimate battle with his oldest enemy: Ego, the Living Planet! Meanwhile, the Eternity War ramps up as the Maker and the High Evolutionary join forces! They have a plan for the Multiverse - but whose side are they truly on? And as things get ever more cosmic, Galactus gathers his forces against the Dark Celestials for the final battle! Can Eternity withstand the might of the First Firmament, or does the embodiment of everything need help...from Outside?