The casts of Zenescope's flagship series - Grimm Fairy Tales, Robyn Hood, and Hellchild - unite for an event to end all comic book events... the apocalypse.

As one of their own struggles to stay alive after their clash with the Horsemen, the divided heroes find themselves again at odds as they move toward their final battle. Meanwhile, the witch hunt for the mysterious bearer of the Dark Light continues, leading former friends to a showdown in the crumbling center of the Earth. 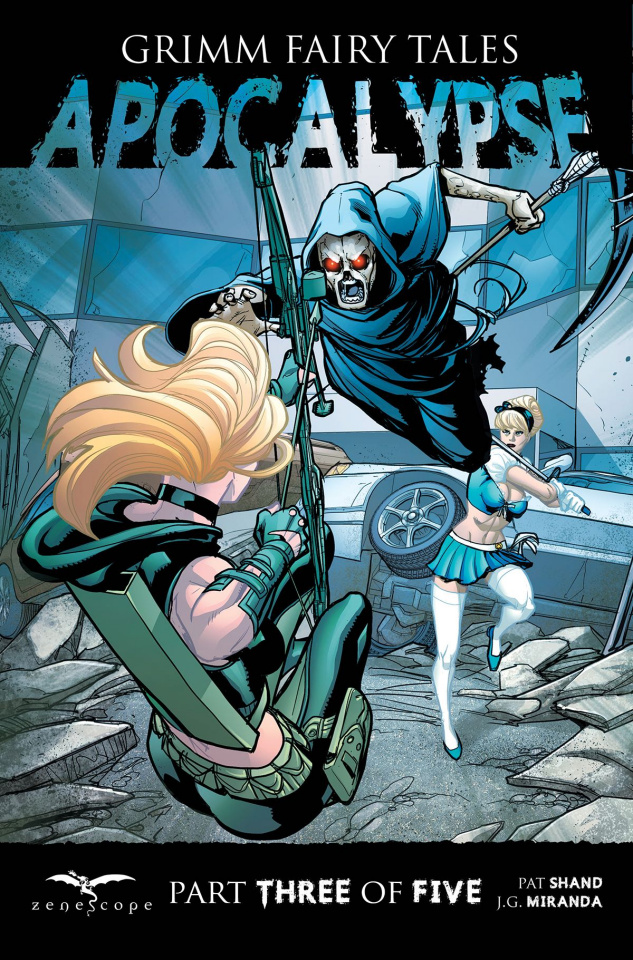