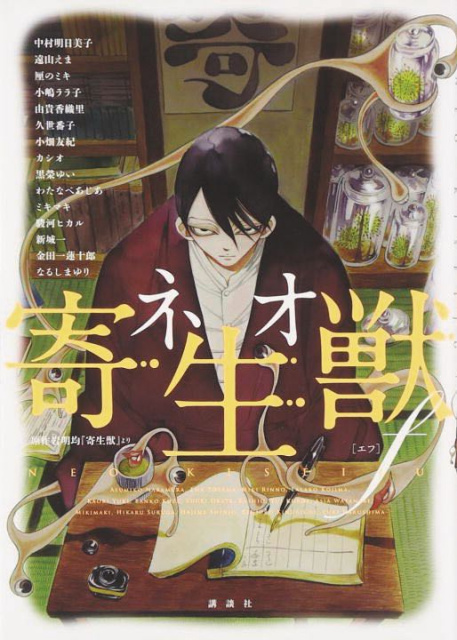 A nearly unprecedented tribute to the manga classic Parasyte by a slew of well-known authors, this book is a rare species: a shojo horror anthology! Fifteen stories, fifteen creators, among them some of the most daring voices in Japanese girls' comics. A parasite keeps a house of mysteries that is full of twisted exhibits. Another kills an entire family, only to get stuck infecting a teenage daughter obsessed with fairy tale romance manga. These and 13 more stories, from some of the greatest shojo manga artists alive today, together make up a chilling, funny, and entertaining tribute to one of manga's horror classics!