Shirley Jackson's "The Lottery" continues to thrill and unsettle readers nearly seven decades after it was first published. By turns puzzling and harrowing, it raises troubling questions about conformity, tradition, and the specter of ritualized violence that haunts even the most bucolic, peaceful village. This graphic adaptation, published in time for Jackson's centennial, allows readers to experience "The Lottery" as never before, or discover it anew. The visual artist - and Jackson's grandson - Miles Hyman has crafted an eerie vision of the hamlet where the tale unfolds, its inhabitants, and the unforgettable ritual they set into motion. His four-color, meticulously detailed panels create a noirish atmosphere that adds a new dimension of dread to the original tale. Available in Softcover and Hardcover editions. 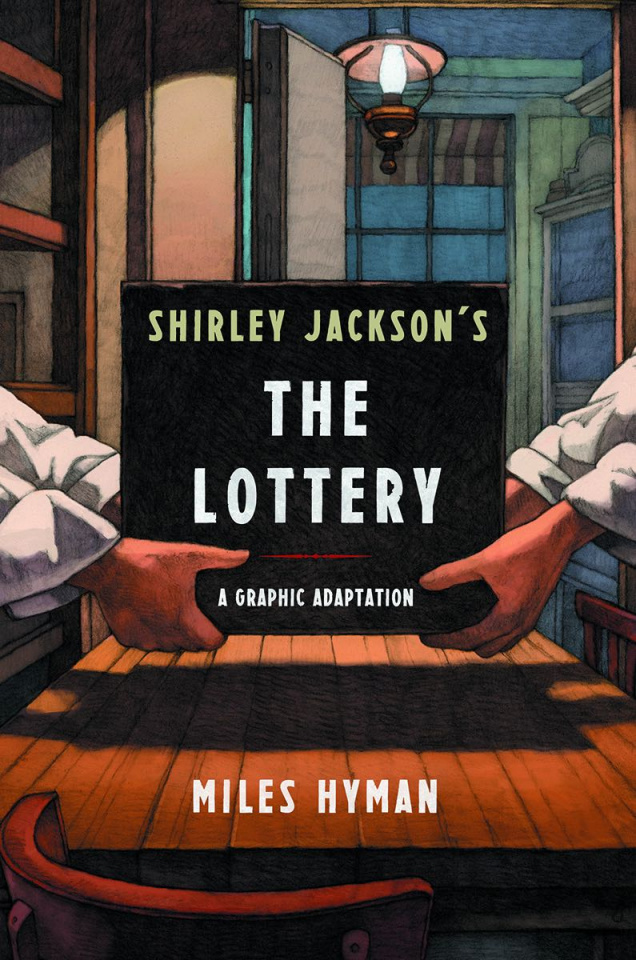