Indeh: A Story of the Apache Wars

Signed by Ethan Hawke and Greg Ruth! The year is 1872. The place, the Apache nations, a region torn apart by decades of war. The people, like Goyahkla, lose his family and everything he loves. As he burns his family's possession's he has a vision. A hawk rises to tell him that he can never be killed by a man. It is this vision that prompts the young Goyahkla into action. He approaches the Apache leader Cochise, his son Naiches, and the entire Apache nation to lead an attack against the Mexican village of Azripe for retribution. It is this wild display of courage that transforms the young brave Goyakhla into the Native American hero Geronimo. Indeh captures the deeply rich narrative of two nations at war who then try to find peace and forgiveness in a time of great upheaval. 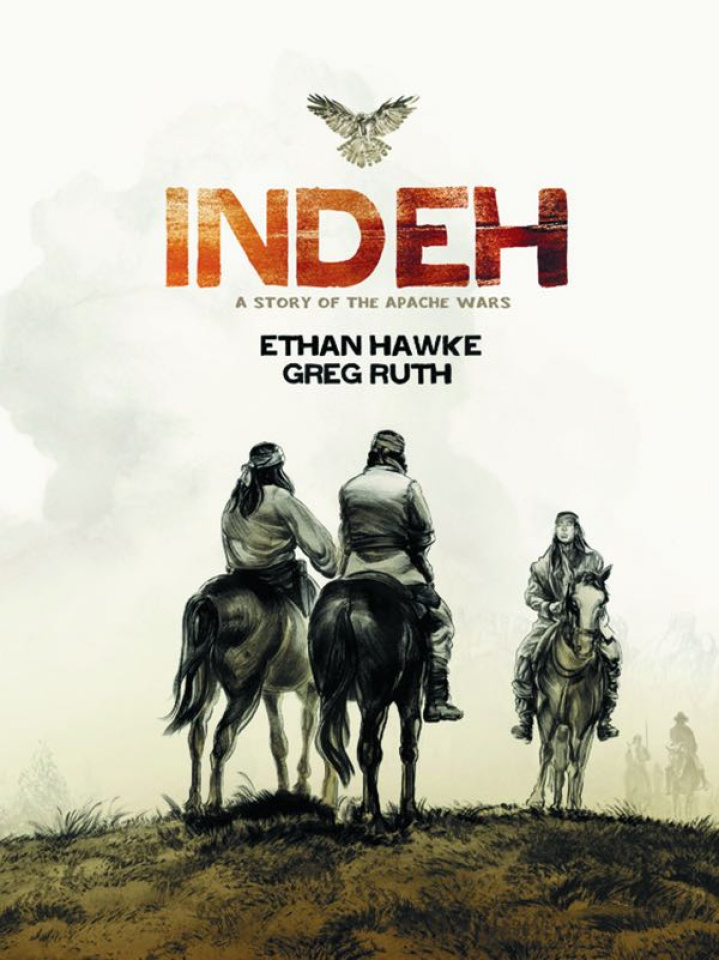