A haunting postmodern fable, Big Questions details the metaphysical quandaries of the occupants of an endless plain, existing somewhere between a dream and a Russian steppe. A downed plane is thought to be a bird and the unexploded bomb that came from it is mistaken for a giant egg by the group of birds whose lives the story follows. Nilsen seamlessly moves from humor to heartbreak. Rather than lending its world meaning, Nilsen's parable lets the questions wander where they will. Available in both softcover and hardcover edition, the new hardcover printing is signed and numbered by the author. 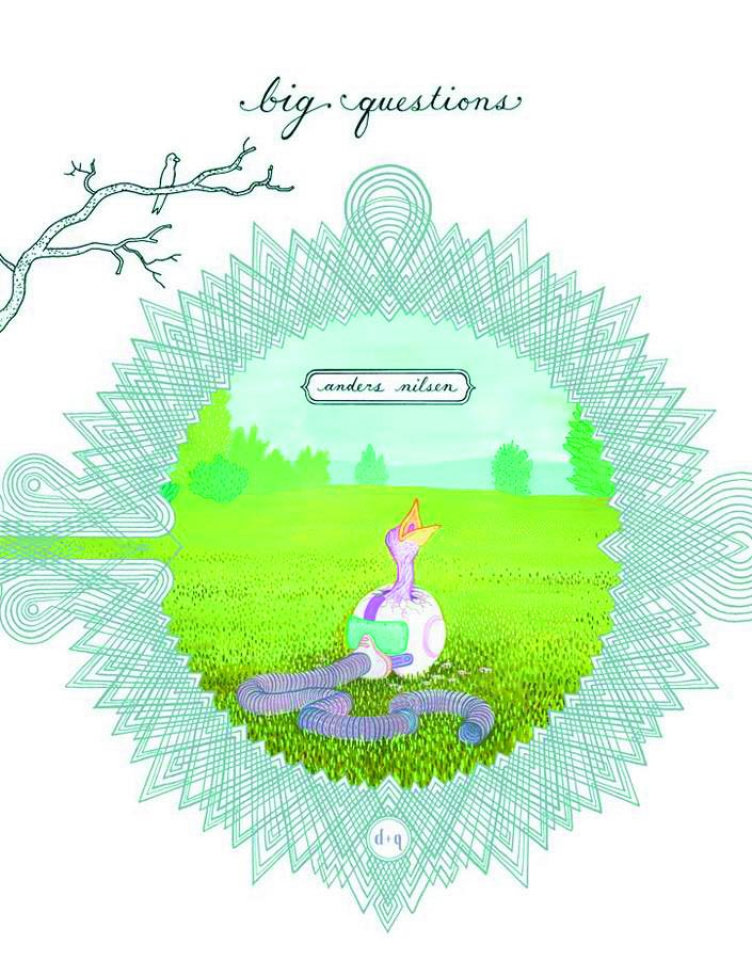