A murder. A mysterious league of protectors operating in the shadows. A legacy to protect. A city to save from filth, corruption and gangs. A girl who has to pose as a man to protect herself and her heritage. A young Kung Fu student lost in a concrete jungle he never chose to... Welcome to the world of Intertwined. It's 1971 and for Juan Jin, life is about to become hell! He didn't ask to be a hero. He didn't ask to go to Chinatown. He only wanted to follow the way of Wing Chun, the Kung Fu style he masters brilliantly. But destiny had other plans for him!

The first ever Kung Fu Noir series starts here on the heels of its successful campaign on Kickstarter, from Fabrice Sapolsky (Spider-Man Noir, One-Hit Wonder) and hot new French sensation Fred Pham Chuong (who also practices Kung Fu himself)! It's the creator-owned comic book series you can't wait to read, even if you don't know it yet. And it's from the House of Noir itself, Dynamite Comics! 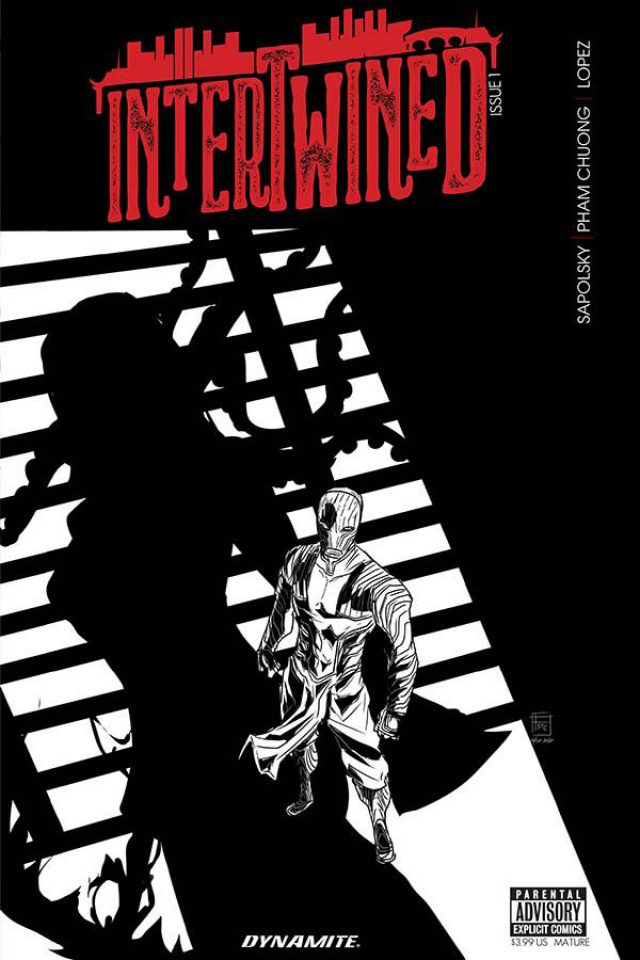