Garbage is an architectural-scale series of panels that transform a gallery into a comic book. Each "page" of the story pops with colour off the wall, unfolding using the common tropes of comic books. Taken together the paintings tell the story of neighbours in Halifax's North End and a mysterious couch which shows up one morning on the narrator's front curb. Garbage collects these paintings into a graphic novel with a commentary by curator Robin Metcalfe and introduction by comics academic Benjamin Woo. 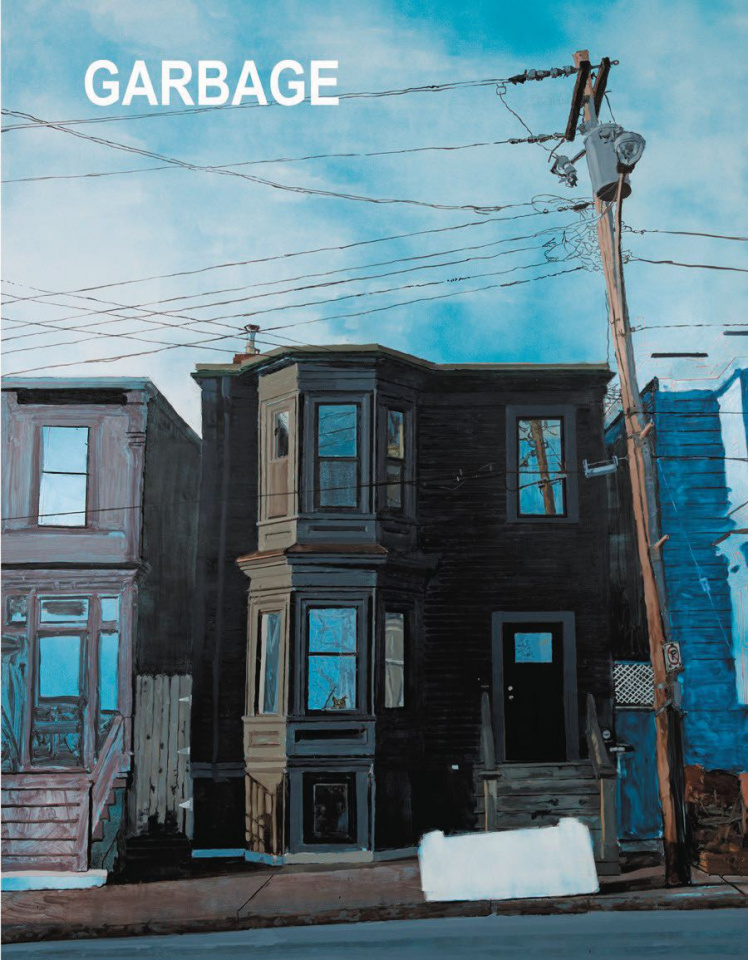