The series wraps up with a bloody finale! Heaven has cursed them and Hell wants to kill them. Vampire seductresses Izzy and Corrie are facing enemies on all sides but that just makes their passion for one another even stronger. In a world where the forces of evil have conquered the planet, these two monsters have their own agenda that is playing out among the creatures that rule the world. The wicked Satyrs are making a play to move up the food chain and eviscerating these vampires gets them one step closer to their ultimate goal. The Ravening is a hardcore underworld of fangs and claws that yearn for spilled blood. Boundless delivers a host of sexy stunning covers with this issue including a Regular Cover by Christian Zanier, Wraparound and Temptation Covers by Raulo Caceres, Goth Deco Cover by Gabriel Andrade, and a Succubi Cover by Renato Camilo. Plus an array of super limited covers for the collector including an Alluring Century Set (limited to 100 sets) by Matt Martin, Costume Change Set of three (limited to 250 sets) and a Nude & Naughty Set of three (limited to 350 sets) by Christian Zanier. 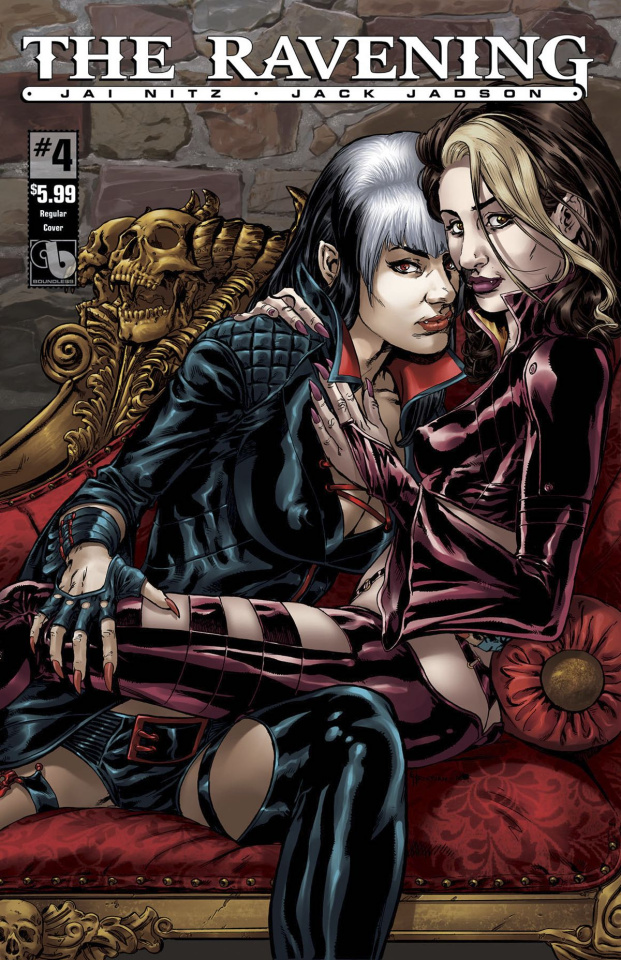