This graphic memoir tells the story of the early years of the Vietnam war as seen through the eyes of a young boy named Marco, the son of a Vietnamese diplomat and his French wife. The boy's father works for the South Vietnam embassy in the United States, then the family is called back to Saigon in 1961, where the father becomes Prime Minister Ngo Dinh Diem's personal interpreter; as the growing conflict between North and South intensifies, so does turmoil within Marco's family, as his mother struggles to grapple with bipolar disorder. Visually powerful and emotionally potent, Such a Lovely Little War is both a large-scale and intimate study of the Vietnam war as seen through the eyes of the Vietnamese: a turbulent national history interwined with an equally traumatic familial one. 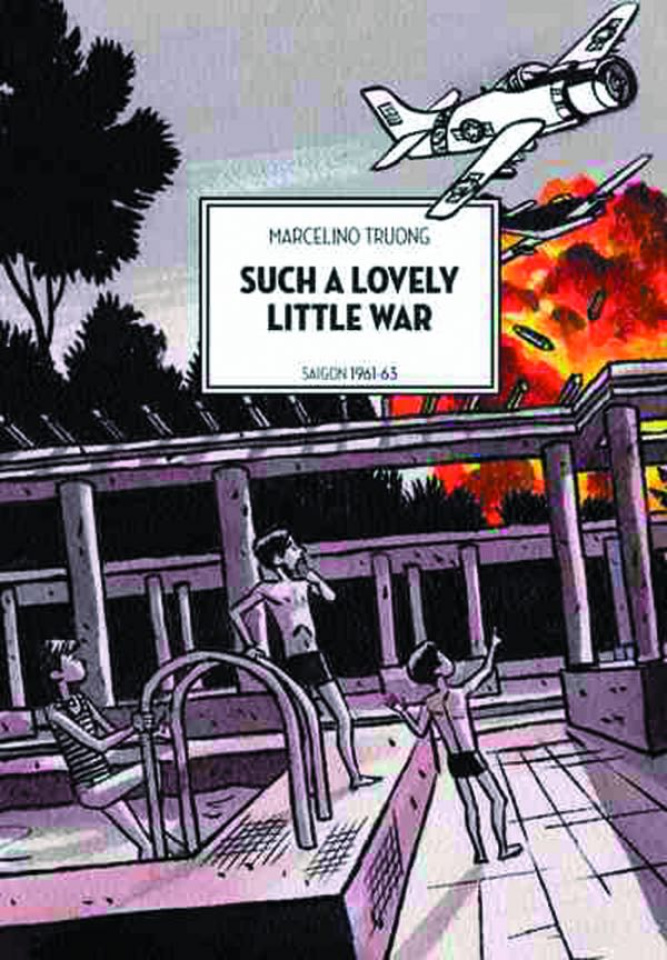