Sigma, the brilliant villain from the future, has fused the worlds of Sonic the Hedgehog and Mega Man together! Now he feeds on the super-planet's energy to become unstoppable! It's up to Sonic and Mega Man to raise an army to fight the time-hopping villain. Joining them are the Freedom Fighters, the Robot Masters, X and his Maverick Hunters, Sticks and her friends, and Dr. Eggman and Dr. Wily! But it won't be easy, as Sigma uses his powers to reach across space and time to recruit an army of his own! Featuring the introduction of the Street Fighter cast, including Ryu, Chun-Li, Guile and Ken! Collects Sonic Universe #77, Sonic Boom #9, Sonic the Hedgehog #274, Mega Man #51, and selections from the Mega Man: Worlds Unite Battles and Sonic The Hedgehog: Worlds Unite Battles. 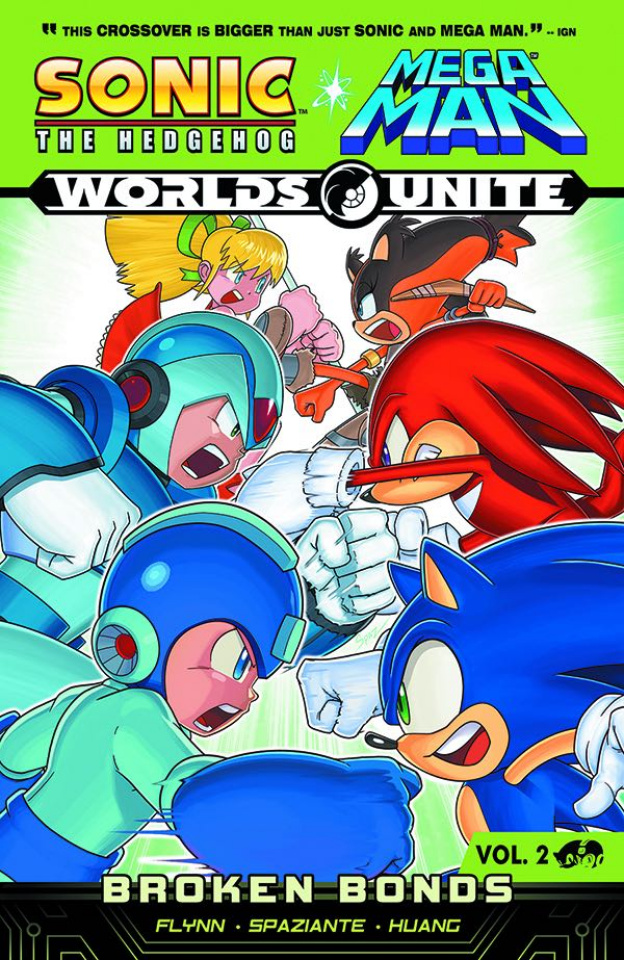