Hyperion is heading out on the highway as a regular guy, driving a truck across America to learn about his adopted country. But when he picks up a runaway named Doll, she turns out to have more baggage than he anticipated. She's in danger - chased by a pack of freaks and lunatics! Will the Squadron Supreme's heavy-hitter reveal his true self to save her? Can Hyperion defeat a serial murderer who can transform into a squirming horde of killer worms? Struggling to find himself, will he instead discover love...with Thundra?! They could be the Marvel Universe's new power couple! But Hyperion's quest to discover what it means to be a hero will lead him into direct conflict with Iron Man! Collecting HYPERION #1-6. 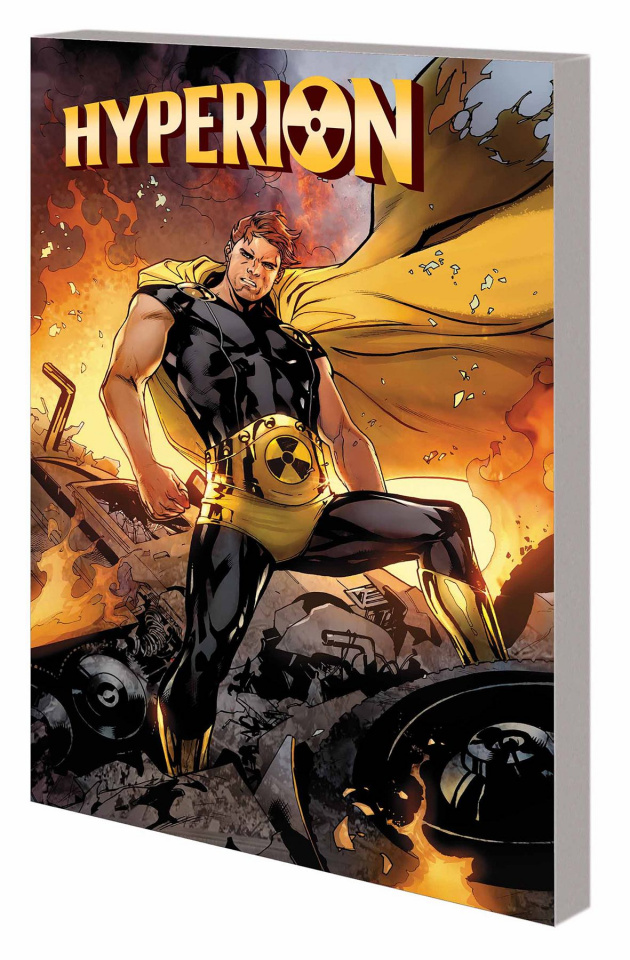