A Year of Marvel's Unbeatable #1

It's August, and Nick Fury is just in time to attend Japan's Bon Festival...but he's not here to celebrate. Not when an illegal weapons auction is about to begin! From Chad Bowers & Chris Sims (X-MEN '92) and Brian Level!

And in September, TIPPY-TOE is flying SOLO (until Squirrel Girl is done studying)! But when a villain threatens Central Park, she's gotta call in the big guns. Enormous guns, relatively speaking (because Tippy and ROCKET RACCOON are small)! It's the team-up - written by Nilah Magruder (M.F.K.) - you would have demanded if you knew your worth! You're wonderful, and you deserve beautiful things! 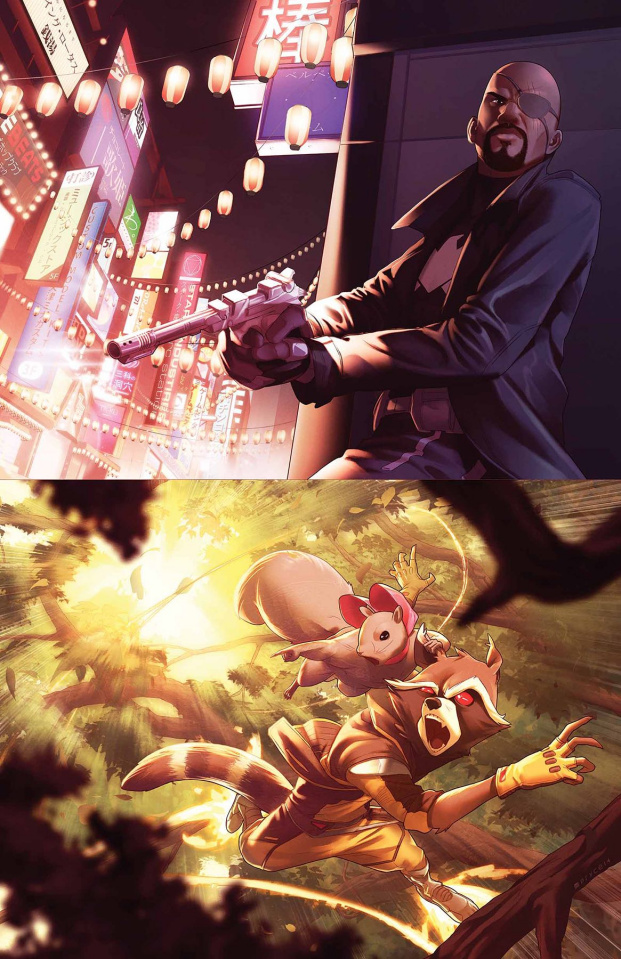