The critically acclaimed hardboiled noir crime thriller with guns, fangs and aliens is collected in its full glory!

New York, 1925: the height of prohibition. Gangs fall like bloody dominos as the mysterious Dragonmir family fights to rule the city and begin to wake the Old One - a gigantic sleeping vampire buried amongst the roots of their mansion. But an unlikely alliance formed between tough guy Eddie Falco and a stranded space-alien known as Squeed leads to an uneasy stalemate. Meanwhile, a strong-willed young reporter, dirty cops and ousted Harlem racketeers all try to survive in the middle of the maelstrom, and it's anyone's guess who's going to win the battle for this particular slice of turf.

"Turf is unlike anything you've ever seen. A magnificent five-course meal served on a single platter. Ruthless gangsters, leaping vampires, biomechanical aliens all converge in a turf war of cosmic scope. It's not surprising to see a multicultural collision like this come out of Mr. Ross and Mr. Edwards' brains. What is shocking is that it works so well. Fast-paced, efficiently told and quite addictive!" -Guillermo del Toro (Pan's Labyrinth, Hellboy) 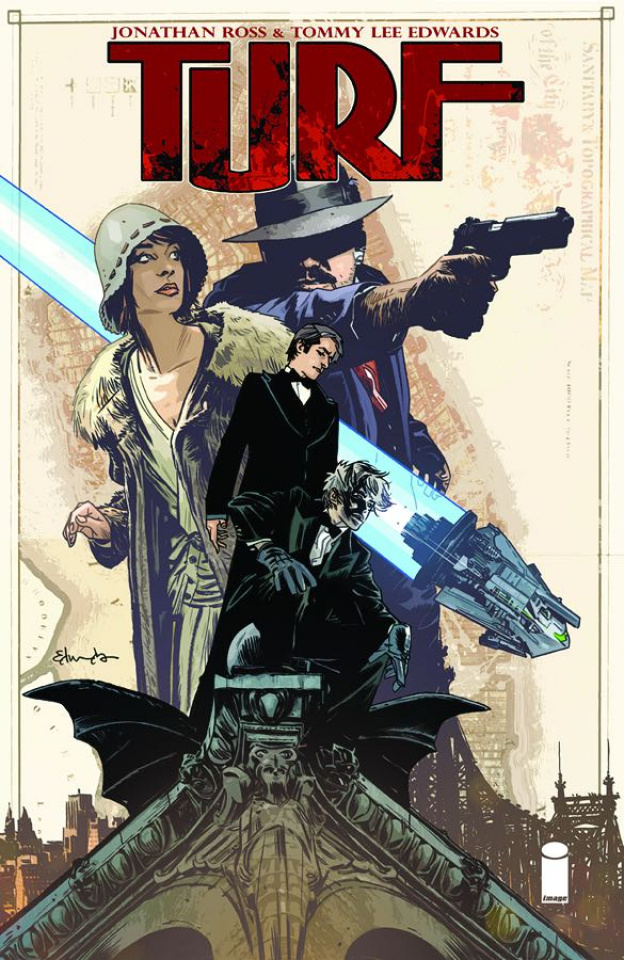