Of every comics story Alex Toth ever drew, the only one that he kept the complete original art to was Bravo for Adventure. This Artist's Edition is a virtual "how-to" course in drawing comics the Toth way. We see how he would draw all the detail in a scene, only to black it out in order to focus the reader's eye on what really counted. "Simplify, simplify, simplify," he said. Also included are variant versions of the Bravo saga featuring Noah Chance and the experimental aircraft called Condor, plus dozens of never-before-seen pencil roughs, preliminary drawings, and story fragments, as well as all twelve pages of Toth's own coloring for an edition that never saw print, and-freed from storage after 40 years-all of the coloring for what was intended to be Bravo's original 1975 first printing in France! 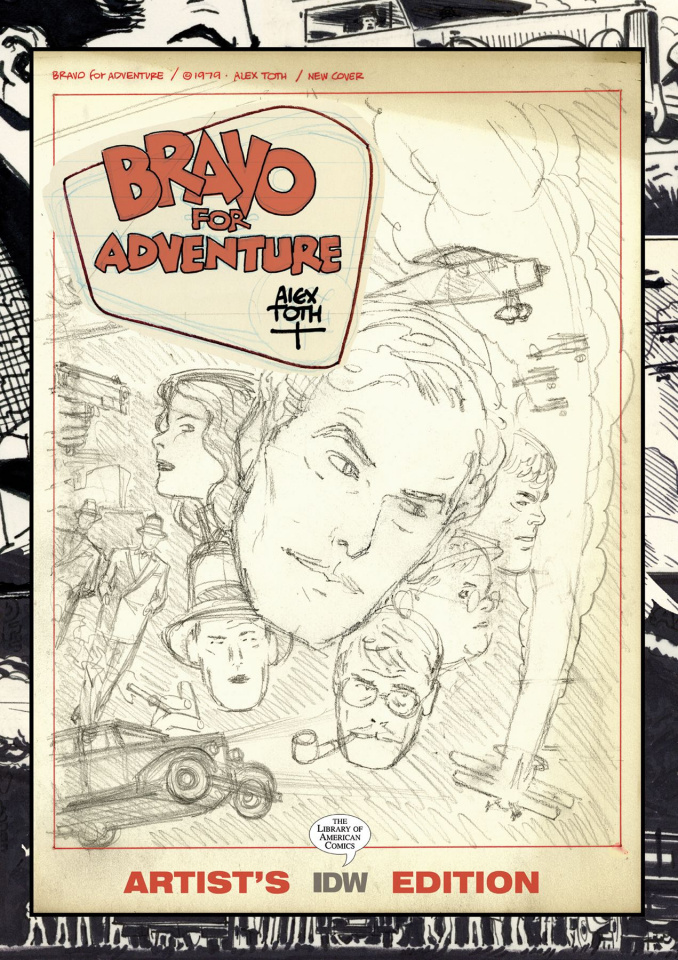