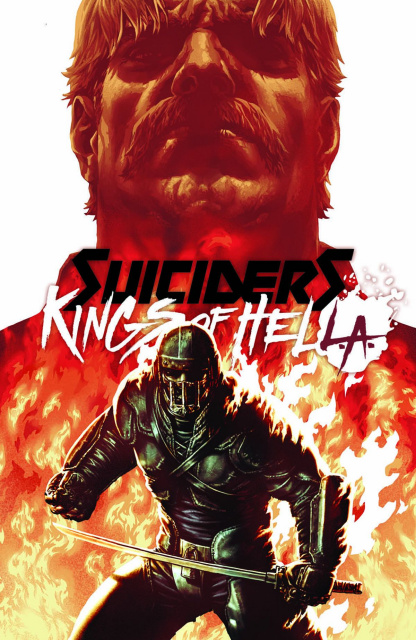 The Complete Suiciders: The Big Shake

The original six-issue run of SUICIDERS and the entire six-issue KINGS OF HELL.A. miniseries are collected in a single volume! After a devastating earthquake, the Southland has seceded from the union, leaving the city split in two: the walled-off, wealthy New Angeles and the criminal-run Lost Angeles. What unifies them all is the Suiciders: a reality sport in which murder, mayhem and brutality rule!