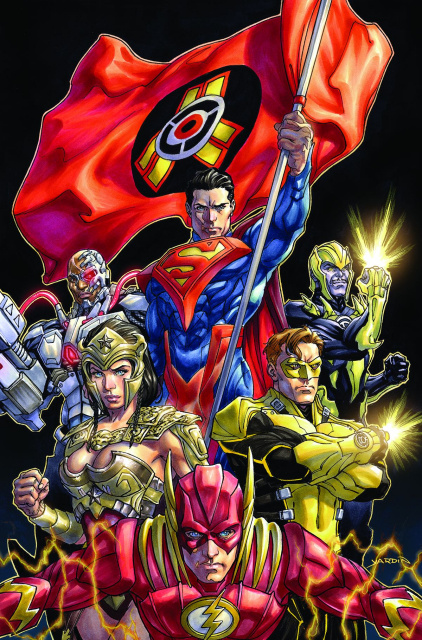 Injustice: Gods Among Us, Year Five #19

Imagine a world where Superman never turned evil. Imagine a reality where Superman and Batman are still allies in a never-ending battle against crime and cosmic-level threats against Earth. As the series approaches its conclusion, a better world is revealed, and a glimmer of hope is given to another reality still held in the grip of Superman's Regime.