It's chaos in Belle Reve when the cosmic contents of the Black Vault are released, causing everyone on the Suicide Squad to turn against each other in a violent rage. Everybody, that is, except for the strangely sane Harley Quinn, who must fight her way through the heavily guarded facility before [REDACTED] can [REDACTED] and [REDACTED] the [REDACTED] forever!

The backup story will be written by Rob Williams with art by Gary Frank. In this story, a mission to dispose of old chemical weapons becomes personal for Harley Quinn when those weapons turn out to be Joker toxin! Now Harley must confront the demons of her past while a Joker-ized Rick Flag tries to take her out once and for all. 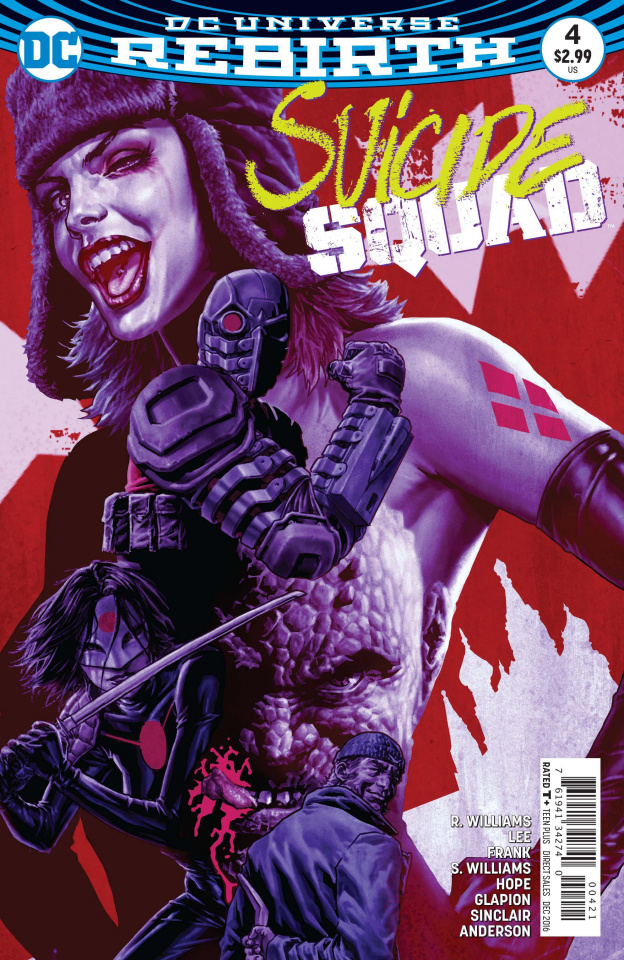