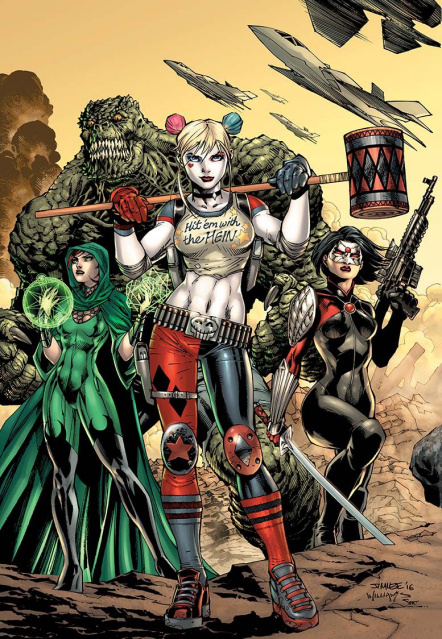 It's chaos in Belle Reve when the cosmic contents of the Black Vault are released, causing everyone on the Suicide Squad to turn against each other in a violent rage. Everybody, that is, except for the strangely sane Harley Quinn, who must fight her way through the heavily guarded facility before [REDACTED] can [REDACTED] and [REDACTED] the [REDACTED] forever!