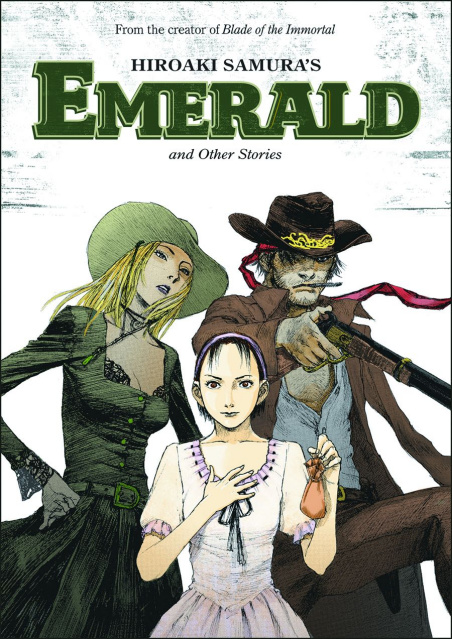 Emerald and Other Stories

Hiroaki Samura's Emerald and Other Stories collects seven powerful short pieces from the manga maestro that have appeared in various Japanese magazines. In "Emerald," Samura tells his first explosive adventure set in the Wild West, and a series of humorous vignettes about two motor-mouthed teen girls is woven through several other riveting tales. A masterful storyteller bounces around genres and time periods in this unique collection!