In the forties, Abraham Slam faced such menaces as the psychedelic Florist and the eldritch Cthu-Lou without breaking a sweat. But keeping the heroes of Black Hammer Farm from each other's throats when his girlfriend comes to dinner proves far more perilous! Meanwhile, the Black Hammer's daughter uncovers new clues to the exiled heroes' disappearance! 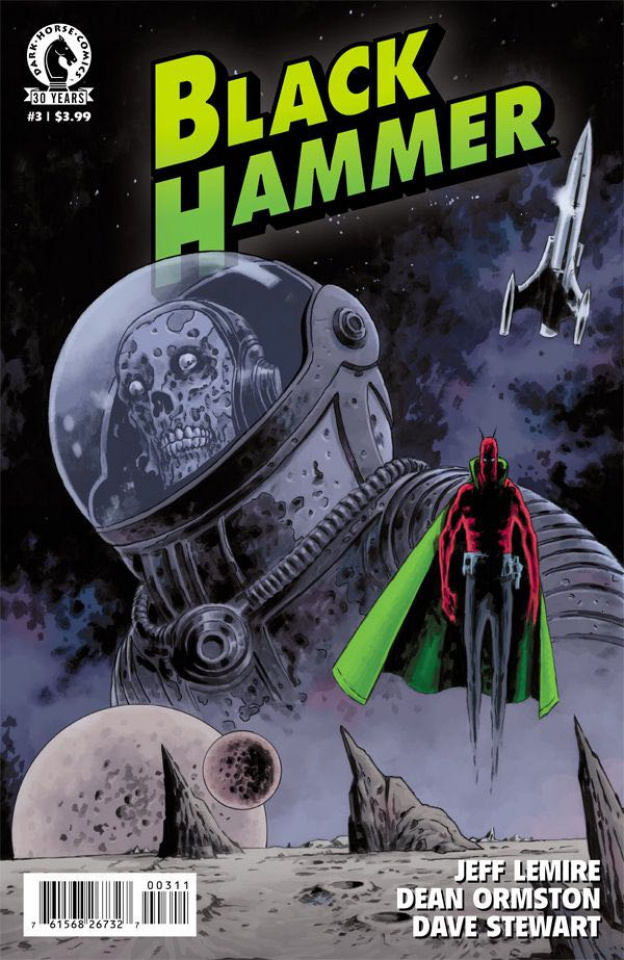